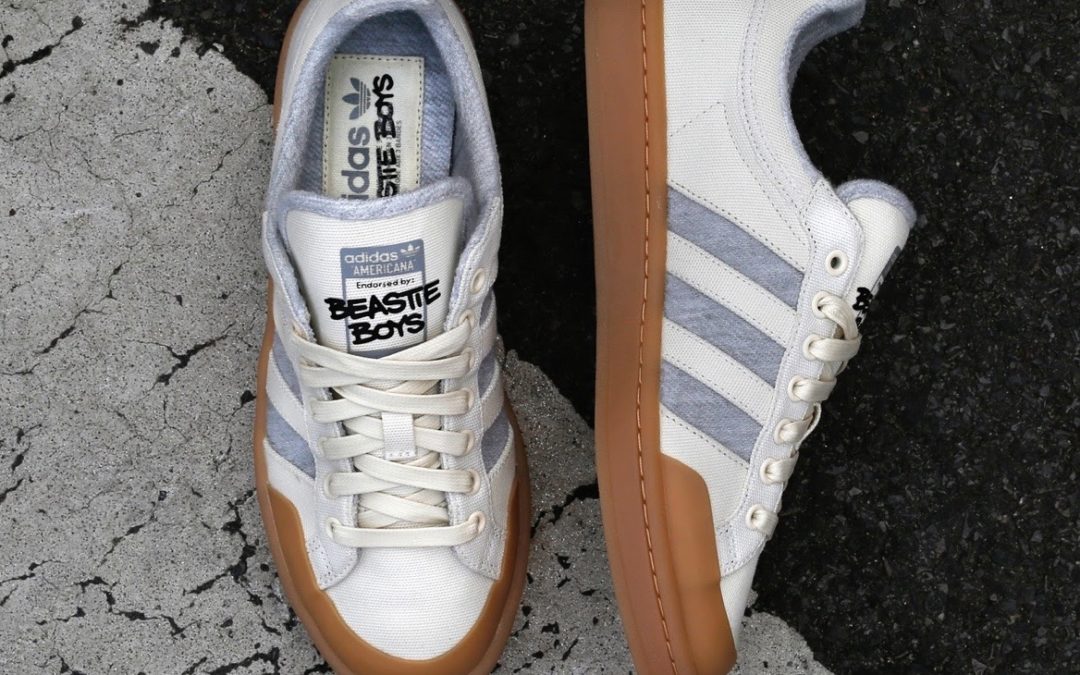 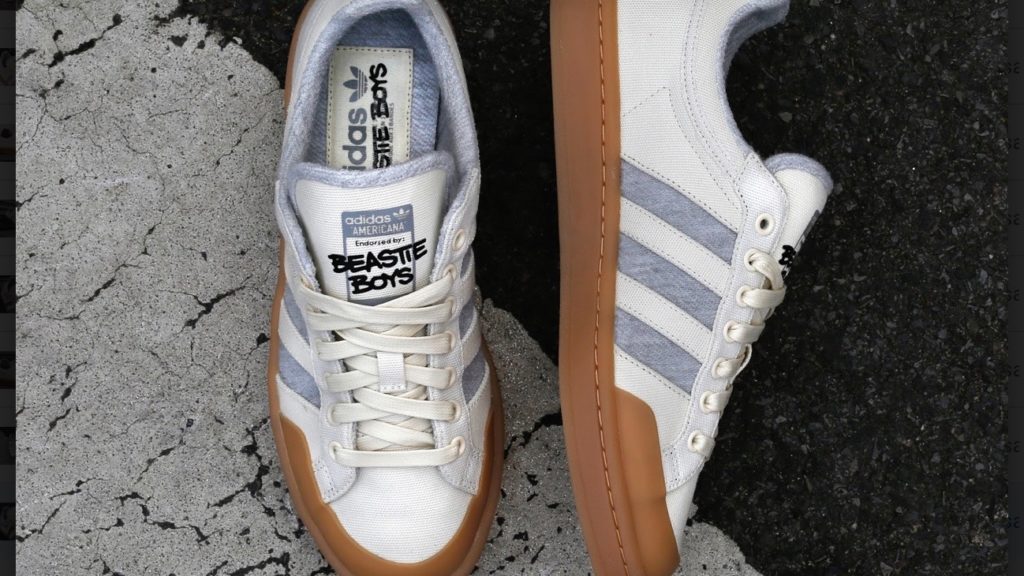 Last night, at a private engagement held at Beyond The Streets (BTS), adidas Skateboarding and Beastie Boys gathered friends and family for an intimate discussion around the 30th anniversary of Paul’s Boutique and to officially unveil the commemorative adidas Skateboarding x Beastie Boys Americana. The three-way collaboration between the group, brand, and exhibition celebrates the artist’s influences on skate, hardcore punk, hip-hop and graffiti culture over the last three decades.

Immortalizing the group’s enduring contributions, Beastie Boys and adidas Skateboarding worked on the special edition design drawing inspiration from both the Golden Era of ‘90s skateboarding and classic adidas sport heritage.  Boasting an entirely vegan canvas upper, an element of heavy importance to both artists, the footwear arrives in an off-white and light grey color palette atop a classic gum sole, accented with a light grey cotton jersey liner and matching three stripes. Beastie Boys logo by artist Eric Haze is found stamped on the tongue and sockliner badging.

LL COOL J, the group’s longtime friend and industry collaborator led the evening’s conversation with Mike D and Ad-Rock. Revisiting Paul’s Boutique’s cultural impact on hip-hop history, the group uncovered stories behind tracks off their sophomore album with the Rock The Bells Radio founder. Music and Q & A was live scored by Stretch Armstrong.

adidas Skateboarding x Beastie Boys Americana coincides with the official release of Paul’s Boutique on July 25, 1989, exactly thirty years ago to the day. The collaboration will be exclusively available at select North American skateboard retailers and the Beyond The Streets gift shop on July 25, 2019. A portion of proceeds will benefit PEACE Sisters and Little Kids Rock. The adidas x Beastie Boys exhibition will be on display throughout July and August at the Beyond the Streets gallery.

For More on adidas Skateboarding