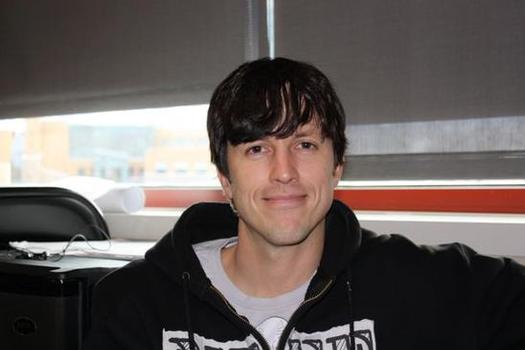 2. Skullcandy was one of the few companies on the planet that closed a private equity investment deal at the height of the financial collapse in the fall of 2008. We’ll ask how Jeremy and Rick landed that $30 million.

3. The company, headquartered in Park City, has a very driven culture with investment banking-like work hours. We’ll find out why that is and how that works.

4. Rick is a classic entrepreneur with tons of ideas and a creative mind. We’ll find out how he plans to keep that mindset as the company grows around him.

5. Jeremy is a Harvard MBA, and Rick affectionately calls him an “execution freak.” Jeremy is also incredibly articulate at describing how he built the infrastructure to support Skullcandy’s explosive growth. He’s also honest about the challenges. Let’s just say it hasn’t always been pretty, and we’ll ask how he got over the hurdles.

6. Given that Rick is a creative type and Jeremy a more detailed operations guy, we’ll also find out how their personalities meshed – and sometimes clashed – as they built Skullcandy.

7. Skullcandy has managed to recruit two industry stars – Mike Carter and Dan Levine. Rick said he wants the “A” team and likes to make disruptive hires. We’ll find out about their recruiting process and if they are on the hunt now.

8. Skullcandy is sold in core shops, Target, Apple stores, airport shops and cell phone stores. We’ll ask about the challenges and opportunities that come with its segmentation strategy.

9. Skullcandy launched a new category in action sports when it put headphones in core stores. We’ll ask Rick how he overcame retailer reluctance and what he would have done differently if he could.

10. Rick listed Shop-eat-surf as his favorite business news web site in his interview with Entrepreneur magazine when the magazine named him Entrepreneur of the Year in the January 2010 edition. So we know he has refined reading taste!

General registration is now open. The event is March 30 at 8:30 a.m. at the Shorebreak Hotel in Huntington Beach. Our last event sold out and sign ups for this event are brisk, so register soon.